Help Faith Book by 'Chipping in'

36
Christian Art has been described as; ‘Art produced in an attempt to illustrate, supplement and portray, in tangible form, the principles of Christianity’. But what does it mean to you? What has inspired, focused, motivated or encouraged your faith?
174 Members

You need to be a member of Faith Book - 'Working Together in Union with Christ' to add comments!

Join Faith Book - 'Working Together in Union with Christ'

of 13 Next
This reply was deleted.
E-mail me when people leave their comments –
Follow ‘Does Religious Art have any Relevance in Today's Society?’

I'm going to throw out a question just to see all of your responses;‘Does Religious Art have any Relevance in Today's Society?’I look forward to the results! 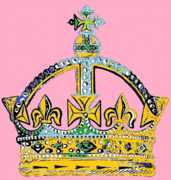 Christian Artists Have Yet to Scratch the Surface!

Kim Clement prophesied that 2012 will be the beginning of the Final Outpouring of the Holy Spirit in this country. This will be the greatest outpouring this country will see and will be the final outpouring.This means a lot for Christian artists because we have the responsibility of translating the revelations God gives us through His word, prayer and being in His presence in our work so the world can experience God in our art!The stronger the outpouring, the more prolific the artwork. Check… What's Up With Art?

Why do artists struggle with finding a "place"? Certainly, art schools are grinding our scores of formally trained artists for "place" in the market. The issue has always been the same; How can they be absorbed. As long as there is the prevailing viewpoint - Can they make a living from what the do? the aswer for many (if not most) is; they probably cannot. Is it then just a waste? Are these skills to be relegated to being "just a hobby"? What an affront to God who lovingly placed that gift in…

Help Faith Book by 'Chipping in'